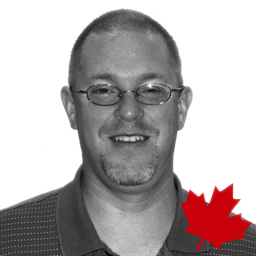 The Random Books, Software, and Thoughts
of Michael R Sweet

PAPPL is a C-based Printer Application framework/library. I am developing it to support future features in LPrint as well as making a Printer Application for Gutenprint. My hope is that it will accelerate the adoption of IPP Everywhere™ and make it easier for people to support other IPP-based licensing programs like AirPrint™ and Mopria®.

PAPPL is licensed under the Apache License Version 2.0 with an exception to allow linking against GPL2/LGPL2 software (like older versions of CUPS), so it can be used freely in any project you’d like. If you want to support the development of this framework financially, please consider sponsoring me through Github. I am also available to do consulting and/or development through my company Lakeside Robotics.

EPM v4.5 is a bug fix release and also removes support for some old platforms that I can no longer support. Changes include:

Some Parody Logos for Your Entertainment March 07, 2020

I’m no graphic designer, but I’ve spent enough time fiddling with icons and other graphical elements to at least know how to use the software to produce passable images. I’ve recently made a few parody logos for use in some PWG documentation, which I thought I’d share for your amusement…

Sponsoring Me Through Github February 29, 2020

Over the years, many people have asked whether they can financially support the development of LPrint, HTMLDOC, and other projects I make available freely on Github. Until recently there hasn’t been a simple way for me to do this, but Github now has a “sponsors” program that allows you to provide monthly donations to developers and projects, and will even match your donations for the first year!

I’ve created a Github sponsor profile to allow you to contribute financially to any of my open source projects and help set the direction and priority of future bug fixes, features, and supported hardware. Thank you for any assistance you choose to provide, whether it is financial or in the form of a bug report, pull request, or other feedback that helps make my software better!

LPrint version 1.0 is now available. LPrint is a Label Printer Application for macOS® and Linux®.

This is the first candidate release of LPrint 1.0, a Label Printer Application for macOS® and Linux®. Changes include:

This is the second beta release of LPrint, a Label Printer Application for macOS® and Linux®. Changes include: